Kite’s Nest Farm is a 390 acre organic farm on the scarp slope of the Cotswolds, halfway between the centre of Broadway and the village of Snowshill. The land rises from approximately 300 to 800 feet above sea level and includes a wide range of soil types.

The farms' wonderful wildlife is hugely important to us not only as a source of visual pleasure but as an indication of the health of the whole farming system.

Butterflies have long been regarded as 'indicator species' and scientists and conservationists worldwide recognise that if their numbers decline then human populations will suffer accordingly. Our wildflower meadows have been buzzing and fluttering with many brilliant kinds of butterfly, moth, grasshopper, bee and numerous other creatures. Our wild bird species are fabulous too as are our large numbers of different trees.

Everything in life is connected and the way we treat our land and the creatures that share it with us has a definite impact, which radiates out in all directions. 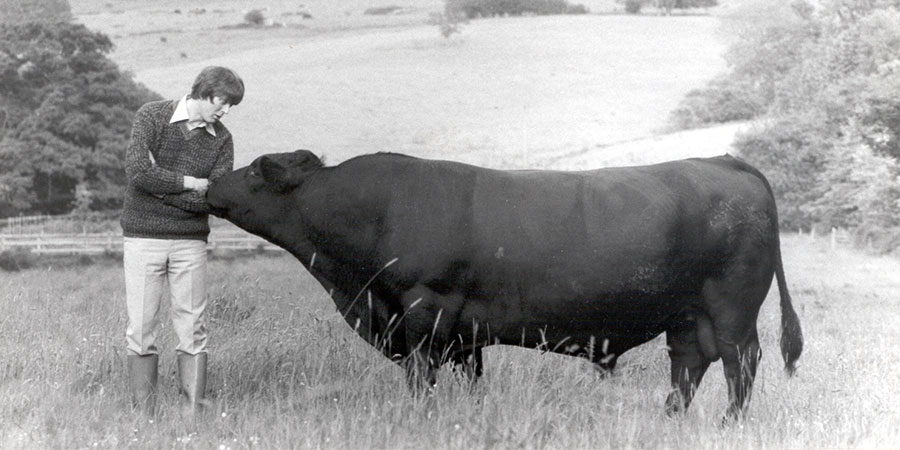 All meat sold in our shop is from home-bred animals which eat only grass or grass products (hay and haylage).

All but a handful of the cattle are descended from a herd established in 1953. The rest are descended from the last female animal we bought in, a heifer calf purchased in 1976. Since then we have only bought in disease-free bulls and occasionally used articial insemination to introduce fresh blood lines to avoid in-breeding. 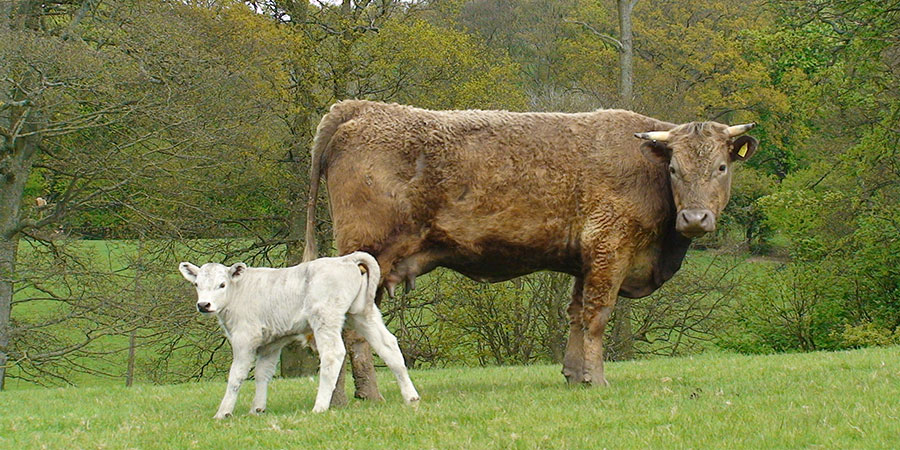 The herd is a single-suckle beef herd. The cows generally have one calf each year (though we usually get one or two sets of twins), which they rear on milk.

Calves are born outside, mostly during the spring or early autumn and start eating small amounts of grass or hay when they are just a few days old. The cows naturally wean their calves about 8 weeks before the next calf is born and the older calf stays in the herd as well, with its mother and other relations until it is old enough to be slaughtered (at 24-30 months of age) or in the case of some of the heifers, old enough to be put in-calf (at 15-18 months of age).

Except in severe weather the cattle stay out all winter, though they are given the choice and a proportion of them sometimes choose to come indoors over night.

Antibiotics are never used routinely, but we do not hesitate to treat the occasional individual animal with antibiotics if it gets a serious infection, such as foul foot or summer mastitis. 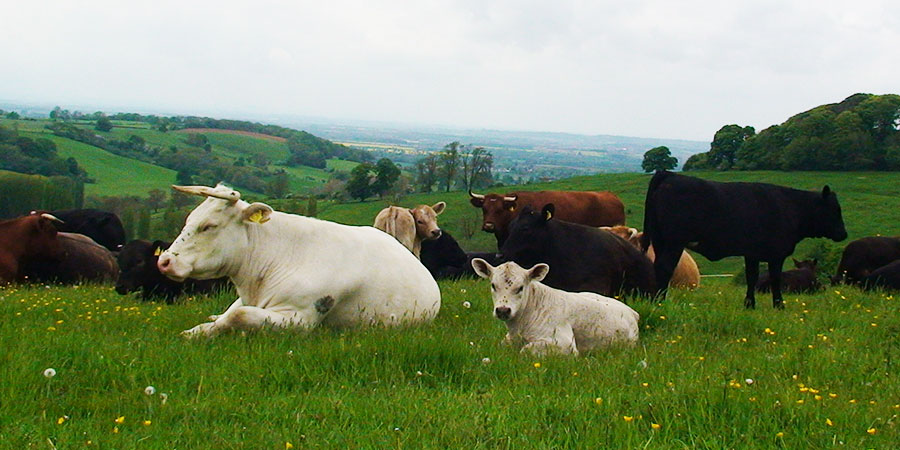 Studies show that grass-fed beef contains a much higher proportion of omega-3 to omega-6 fatty acids than grain-fed beef. They also indicate that diets high in omega-3 relative to omega-6 may help to protect against heart disease, cancer and degenerative mental conditions.

Grass-fed meat also has lower total fat, higher levels of conjugated linoleic acid, which has strong anti-cancer properties, and higher levels of antioxidants such as beta-carotene and vitamin E. Grassland is an important store of carbon (which helps to combat climate change).

The pastures at Kite's Nest are rich in herbs, clover and rare grasses which improve the flavour of the meat and the health of the animals. The farm also has a lot of wild flowers and wildlife, including farmland birds, butterflies and moths, invertebrates, lichen and moss. 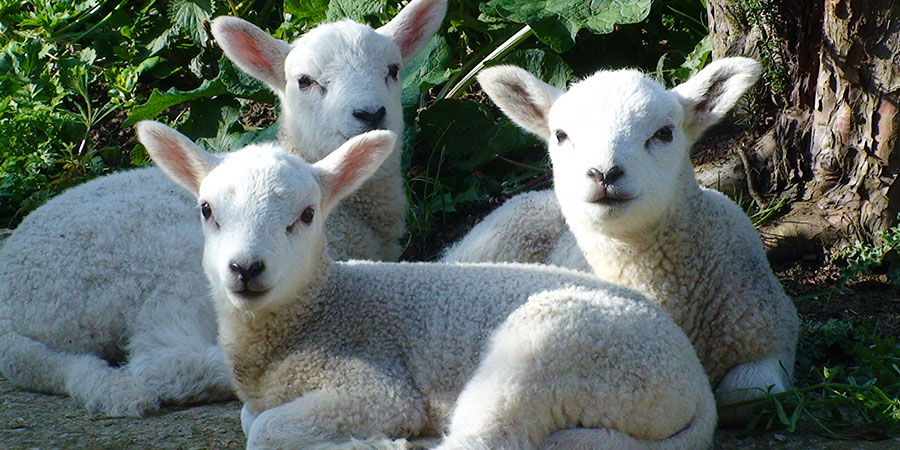 We only started keeping sheep in 2013, initially just with 12 ewe lambs.

We now have two flocks; Lleyn and Hebridean/Shetland. Like the cattle, the sheep have a natural diet, grazing varied grasses and browsing trees and shrubs.

Photos from the Farm 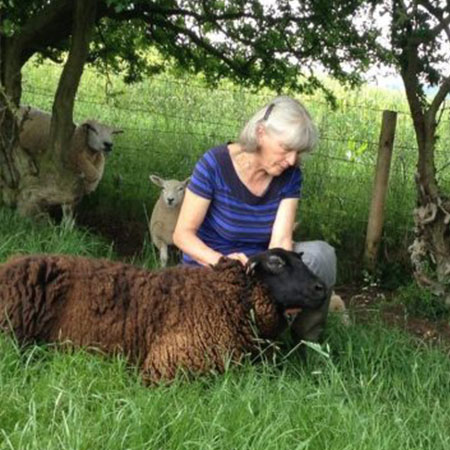 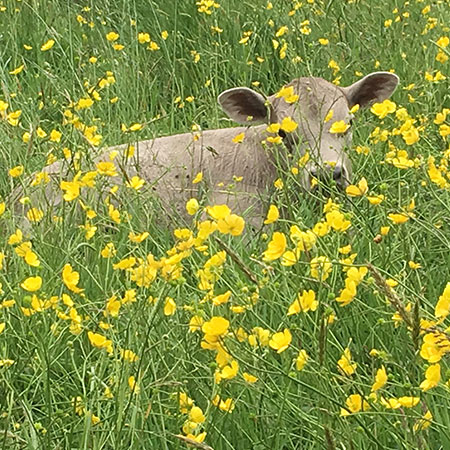 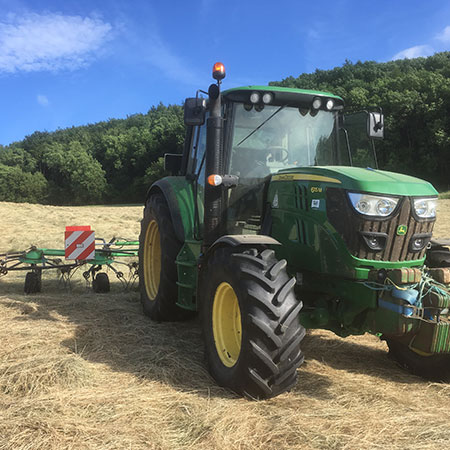 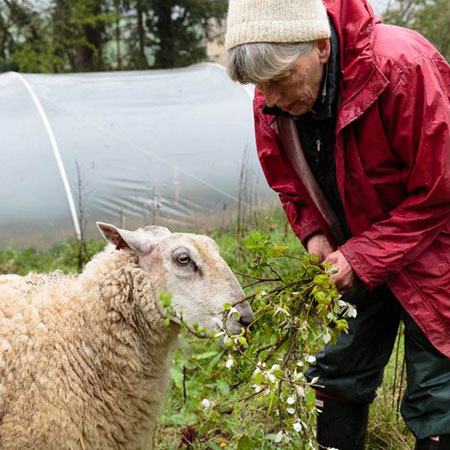 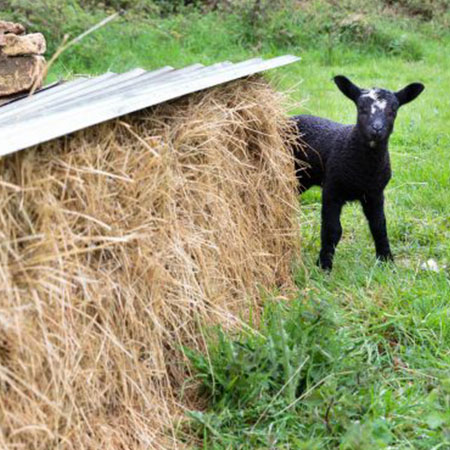 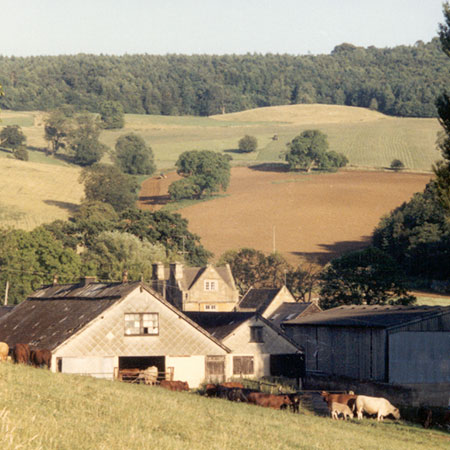 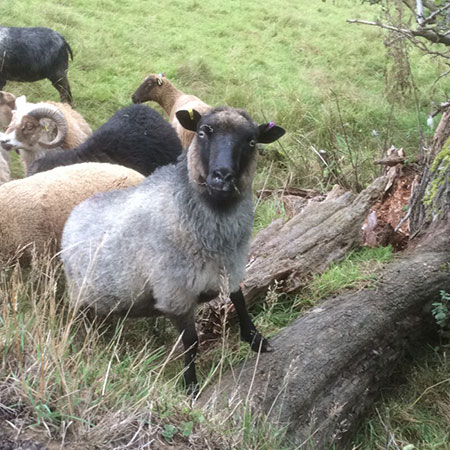 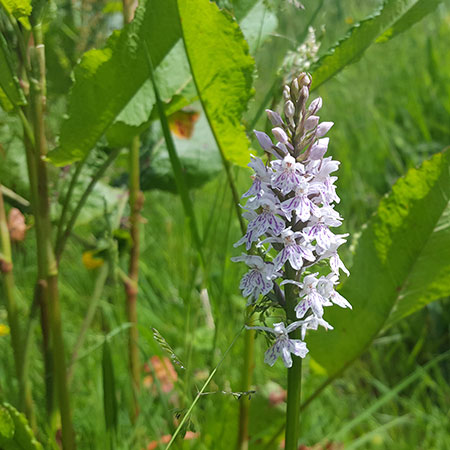 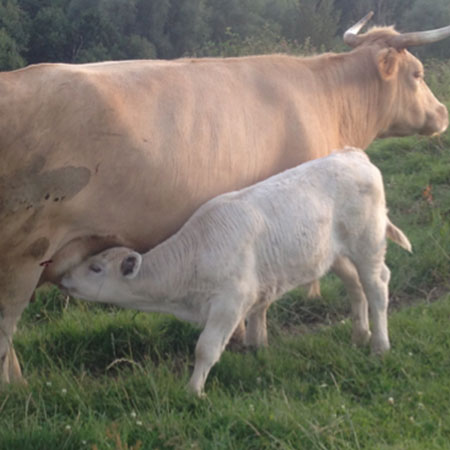 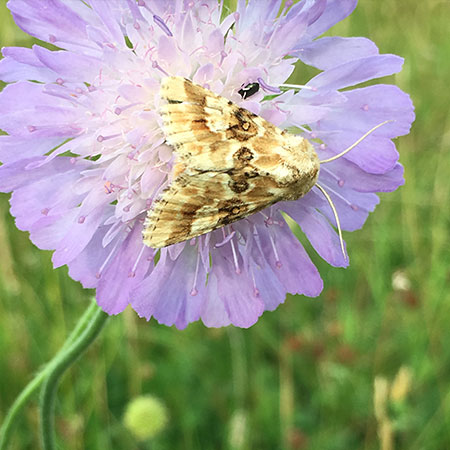